As a Christmas present for you guys~~~

[Note: I changed my phone and somehow all the translations which I saved as notes in my phone are lost including Gu Fang Bu Zi Shang's epilogue and Chu Wang Fei chap 104's snippet which is why this holiday even though I promised more translations they never appeared T-T Sorry!] 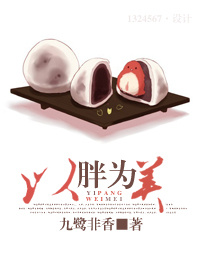 This novel is by Jiu Lu Fei Xiang.

Synopsis:
Li Yuan Yuan thinks that she has finally become an exceptional beauty but she didn't expect that after so many years and so many great changes, the world's perception of beauty has changed so much...


I've only read the prologue and the 1st chapter but it's already quite interesting! So many novels have the female protagonist travelling back in time but in this novel, the female lead - a princess, time travels to the present with her loyal bodyguard! The princess is slim and she views herself as weak, thus really disliking her appearance, I suspect that she must have been born somewhere in Yang Gui Fei's era where the Chinese thought plump and meaty women looked beautiful while slim women were not as attractive. Her body in the present day is quite plump, maybe even fat. She loves it, she thinks that she has finally become beautiful and strong, her imperial father didn't really favour her due to him thinking that she was weak. I think her bodyguard, Yan Si Cheng loves her no matter what though. When she looks into the mirror and comments on how happy she is with her new looks he just keeps quiet. However she does not know that modern day people find women with a slimmer body more beautiful.
In the prologue, they were being chased by people wanting to kill them. She hates her body as she knows that Si Cheng could have run faster but is slowing down for her sake. When they are caught at a dead end, the both jump down a cliff, leading to their time travel. Si Cheng confesses while they are falling.
Anyway in chapter 1, it seems like their bodies got into accidents so the both of them are in the hospital, each with a friend at their side. Si Cheng ends up in a handsome boy's body while Yuan Yuan in a not so attractive overweight body. Si Cheng and the princess recognise each other immediately. Anyway Si Cheng's friend calls Yuan Yuan a fatty leading to him and Yuan Yuan's friend quarreling. While they are quarreling, Si Cheng kneels down in front of her and says," This subordinate did not manage to protect you, your highness please punish me." Causing both their friends to be shocked into speechlessness. What stunned them even more is that Yuan Yuan is not shocked but replies " Please rise." as if it's the most natural thing to do hahaha.

I shall translate part of the prologue there Si Cheng confesses.

The moonlight on the cliff was cold, Li Yuan Yuan saw numerous glints of swords and daggers flash past her. She could not remember how she was pushed off the cliff, she only remembered how Yan Si Cheng used one injured arm to desperately grab onto her, the sticky blood on his arms flowed down, trailing around their tightly intertwined hands, trickling down until there was a frightening bloodstain winding around her arms.

But he still protected her, just like before when she encountered danger.

"Your highness, do not afraid."

Even though he said that, Li Yuan Yuan saw someone on top of the cliff wickedly smiling while ruthlessly stepping on his injured shoulder.

Yan Si Cheng's martial arts is so good, if he was alone, he should be able to easily escape. However, before she herself was able to let go of his hand, her grip loosened due their hands being moist with blood. Yan Si Cheng's pupils contracted, in that moment, the pain in his eyes seemed far worse than when he was trampled on by the enemy.

Li Yuan Yuan never felt that her body was so light before.

The scene of her dropping down the cliff all seemed so distant to her, however, a person's figure leaped down the cliff, disregarding the fact that it was a matter of life or death, the figure flew towards her, blocking her view of the desolate moonlight, cutting off the bone-piercing frosty wind.

Taking her into his warm embrace, using his life to protect her...

"If your highness is not around, Si Cheng cannot love for the rest of my life."

Cannot love... For the rest of his life...
sparklingdawnlights at 7:59 pm
Share